Free Shipping on all orders over $74

Everything That Happens When You Mix CBD and Alcohol

CBD and alcohol have tumultuous – yet similar – histories. Each faced government resistance and came out on top. But while their backgrounds share some common ground, CBD and alcohol’s effects on the body and central nervous system differ in some areas and are eerily similar in others.

So is CBD helpful or harmful when mixed with alcohol? The jury is still out, but that doesn’t mean it’s safe to mix CBD oil and alcohol. Before you make any rash choices, consider what happens when you mix CBD with alcohol.

This article will review what studies say, our findings, and years of knowledge surrounding CBD and how CBD and alcohol interact with each other when mixed and more. 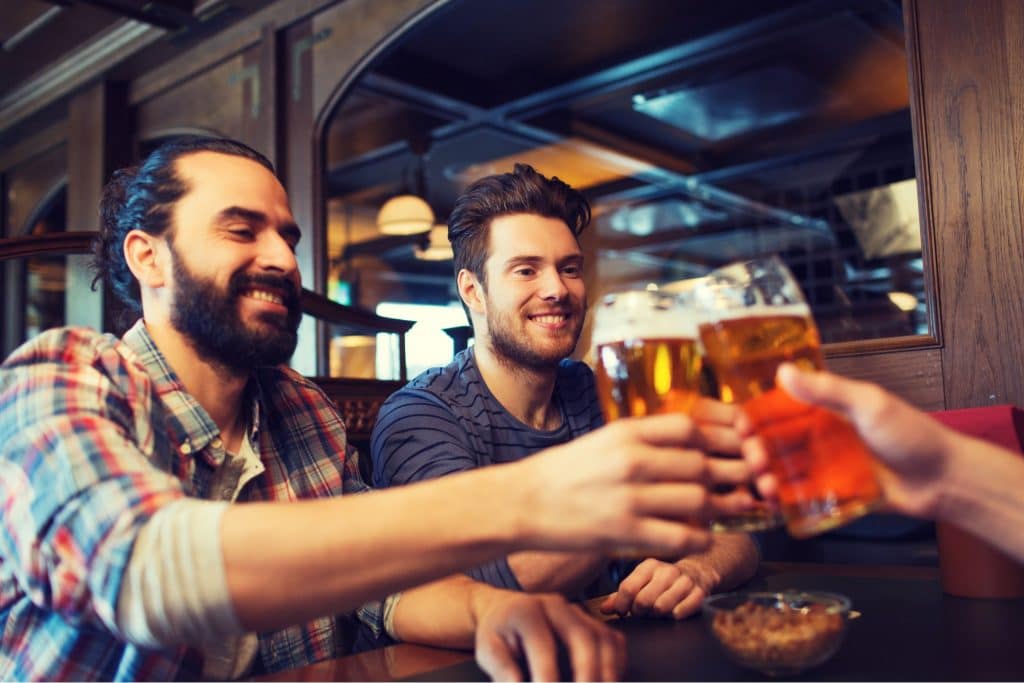 Historically, cannabis is best known for its THC-induced effects, specifically the euphoric high. But this is where CBD and THC go their separate ways. While THC is intoxicating, CBD isn’t.

CBD is also federally legal, unlike “marijuana,” cannabis containing over 0.3% THC. The extract comes in a variety of forms, like CBD oil, edibles, and vapes.

One important (and possibly harmful) similarity is that alcohol and CBD oil both use the CYP450 liver enzyme. This forced combination of alcohol and CBD trigger a negative interaction, as is the case with many prescription medications.

What Happens When You Mix CBD and Alcohol?

We have very little research on CBD oil and alcohol. The information available either relies on small human sample sizes or rodents. These give us a vague idea about the effects of alcohol and CBD.

Studies show CBD’s interaction with alcohol is strangely contradictory. Rather than being completely good or bad, the effects of alcohol and CBD lie somewhere in between.

CBD and alcohol are both nervous system depressants, meaning they mentally relax you. Combining alcohol with CBD might increase alcohol-induced fatigue and drowsiness, making you feel tired and sluggish.

The effects of alcohol on mood are almost comedically well-known. We also have strong reasons to believe CBD, like alcohol, decreases anxiety. Consequently, it helps further reduce inhibitions – which can be good or bad, depending on how you react.

If you want to dial up your drinking experience, CBD might help get you drunker faster.

2. CBD May Help With Alcohol-Related Nausea

Paradoxically, CBD appears to enhance alcohol’s “good” effects while fighting the negative ones. Nausea and vomiting are classic signs you’ve had too much alcohol, with your body trying to purge the excess.

But if you’re worried about throwing up, CBD might help prevent or relieve nausea. For instance, a 2001 study in the British Journal of Pharmacology observed antiemetic effects in rodents receiving CBD.

But while this helps curb the unpleasant experience, repressing alcohol-induced nausea with CBD (or any method) isn’t a good idea. Vomiting is a sign of toxicity. Your body tries to eliminate the poison (in this case alcohol) from your stomach to prevent further harm.

Like it or not, purging excess alcohol is necessary for your health and safety. Repressing the function will make it harder to flush your system and could cause alcohol poisoning.

Blood alcohol concentration (BAC) determines how intoxicated you feel, although the intensity varies based on tolerance. As blood alcohol levels spike, so does the risk of poisoning.

Ironically, mixing alcohol and CBD, in this case, might help.

The above study from 1979 gave 10 human participants 200 mg of CBD, along with alcohol. Researchers noted that CBD reduced blood alcohol levels, while nothing changed with placebo.

However, the study is old and very small. Although promising, this is far from conclusive and we should take it with a grain of salt.

Cannabis and alcohol are both vasodilators. In other words, they relax and open blood vessels, which is why medical marijuana became a popular remedy for glaucoma.

Alcohol isn’t health food or an anti-blood pressure drug. Low BP forces your heart to work harder. Eventually, the strain could be too much, causing you to pass out – although death is possible in rare cases.

If this is true, the implications can be huge. There’s a good amount of animal research dedicated to the protective effects of CBD.

For example, one 2013 rodent study in the journal Pharmacology Biochemistry & Behavior looked at rat subjects with alcohol-related neurological damage. It revealed a mind-blowing 49% less brain cell loss when the rats received CBD.

Excessive long-term alcohol consumption can destroy your liver. But a 2014 study from Free Radical Biology and Medicine reveals that CBD could protect the liver from alcohol-induced damage. CBD promoted the regeneration of new liver cells and fought oxidative stress – an imbalance of free radicals and antioxidants that’s known to harm cells

6. CBD Could Reduce the Urge to Drink

We all know the classic cycle after a night of heavy drinking. You go out planning to drink in moderation, but somewhere things get out of hand and you lose count. The next morning all you can say is “I’ll never drink again.” But most people know it’s a short-lived promise.

CBD, however, might help the same thing from repeating itself next Friday. A 2019 review in Experimental and Clinical Psychopharmacology examined preclinical data and human studies. The authors concluded that CBD may reduce the urge to binge drink.

Again, this isn’t conclusive evidence, but it makes a strong case for further research into the effects of CBD with alcohol.

Does CBD Oil Help With Hangovers?

“Hangover” is the single-word refutation to anyone who loves getting incredibly drunk. Even seasoned drinkers know of this inevitable outcome. Hangovers are nasty and can last a while, with common symptoms being fatigue, dry mouth, nausea, and headache.

If you slipped up and had a few too many shots, it might be handy to have some CBD oil on hand. Earlier we mentioned how CBD’s antiemetic benefits can keep you from getting sick while drinking.

Whether you’re nauseous the night before or queasy the morning after, CBD can reduce or relieve the symptom and make your hangover more manageable.

There’s also ample evidence to suggest CBD could help with headaches, as indicated in a 2011 review published in Cannabis and Cannabinoid Research.

Keep in mind that hangover headaches are a consequence of dehydration, caused by your liver and kidneys working overtime to eliminate the poison. Keep yourself hydrated with water or sports drinks and let the hangover pass…

Can You Mix CBD and Alcohol?

The question of whether or not you can mix the two is still debated. Medical researchers don’t have enough evidence to pinpoint the exact consequences of mixing CBD and alcohol. Evidence is preliminary, human studies are small, and animal research is sparse.

What we do know paints a contradictory picture, with pros and cons forming an uncanny balance. But for the sake of argument, let’s assume the potential effects we covered are true.

CBD can increase intoxication but also prevent the negative consequences of excessive drinking. Cannabidiol reduces blood alcohol levels and protects the liver, but combining the substances can also lead to a dangerous drop in blood pressure.

CBD can keep you from getting sick, yet risk triggering alcohol poisoning in the process. Of course, you may not even feel the need to drink much if you take CBD.

How Long After Drinking Alcohol Can You Take CBD Oil?

There hasn’t been any research about how long you should wait after drinking if you use CBD oil. The effects of ingestible CBD last four to eight hours. Both CBD oil and alcohol stay in your system long after that time has passed – often days or weeks.

However, the key here is to avoid the effects of CBD oil colliding with alcohol in the liver. Theoretically, if you no longer feel the effects of alcohol, you probably won’t have an issue taking CBD oil.

Give yourself at least eight hours to get well past the intoxication stage.

Can CBD Help With Alcohol Addiction?

CBD’s ability to help reduce addictive behaviors has generated a lot of hope for addicts and doctors alike. Studies are limited (like virtually everything CBD-related), but they at least involve some human testing.

For example, a small 2013 randomized controlled trial published in the Journal of Addictive Behaviors showed CBD reduced cigarette consumption in smokers by 40%.

It’s great that smokers might benefit from CBD, but what about alcohol? Apparently, a 2018 study in Neuropsychopharmacology on alcoholic rats showed that CBD reduced the subjects’ desire to seek alcohol and other drugs.

Even more impressively, the rats showed no alcohol or drug-seeking behavior for five months after stopping CBD treatment. However, it’s unknown whether this approach will work on humans.

With the positive results from studies of using CBD to help alcoholism, it’s important to be aware of the effects and symptoms caused by consuming too much alcohol and why you should consider using CBD.

Here are examples of the effects and symptoms caused by alcoholism. 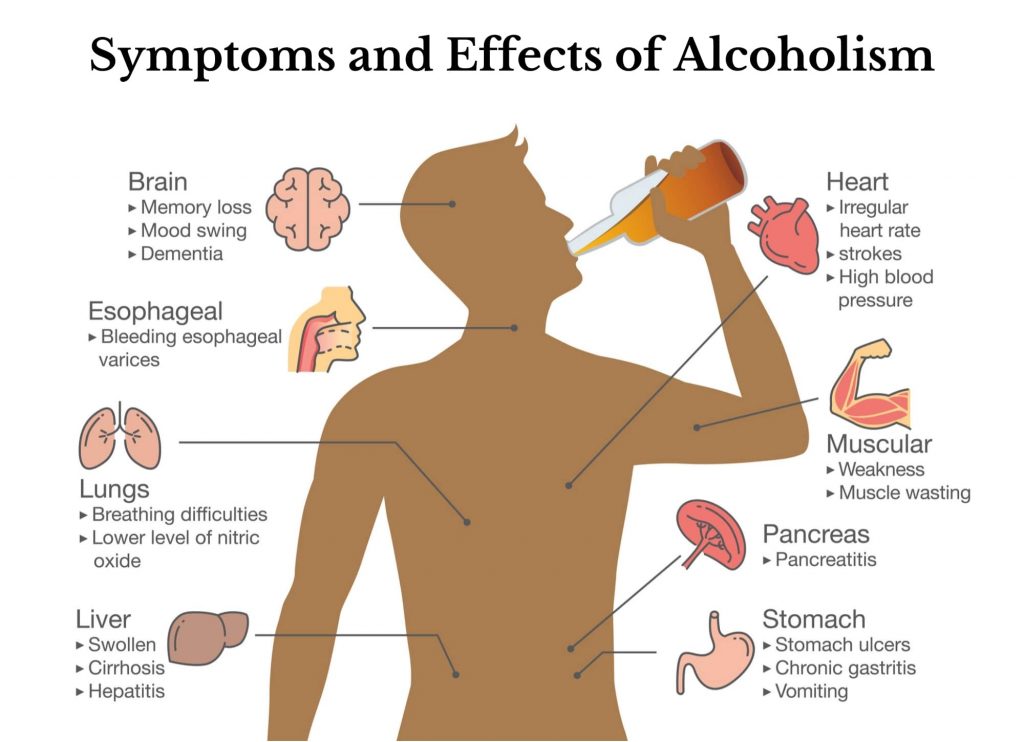 Final Thoughts on CBD and Alcohol

Whether you use CBD oil, CBD gummies, or anything else, try to keep CBD and alcohol far apart.

There’s no need to take unnecessary risks. Until we have more information on interactions between CBD oil and alcohol, it’s better to be safe than sorry.

How to Read CBD Third-Party Lab Reports Like an Expert

Does CBD Oil Help with Sleeping?

Why Doesn’t CBD Work For Me?